Meanwhile, every kid in America knows who Christopher Columbus was, and most people have heard of Amerigo Vespucci, but I'll bet they couldn’t tell you what he did to get two continents and a Belgian/Brazilian-owned beer named after him. Rarer still are those who know anything about Martin Waldseemüller, the German cartographer who actually named the continents. Talk about having the right job at the right time. 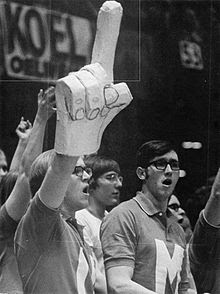 Today, we live in an age when it seems like it’s all been done before, evidenced by a box office that is dominated by sequels, prequels, adaptations and reboots. It’s the same old cultural junkfood, repackaged with a super-sized cup and a line of action figures. As human history unfolds, it becomes harder and harder to be the first at anything.

Consider then how much it must suck to have been the first at something that fundamentally changed the trajectory of human history, but for which someone else usually gets all the credit. These people got screwed out of the history books, and their ghosts are probably damned to shaking their fists for all of eternity.

Abner Doubleday Did Not Invent Baseball

Have you ever wondered why the National Baseball Hall of Fame and Museum is located in Cooperstown, New York? On at least one of those long family road trips, surely someone has asked why the epicenter of America’s pastime is situated in a town with less than two thousand residents that is nowhere near an airport, a highway or a train station and about two hundred miles from the nearest Major League Baseball field. And he if asks again, so help me, this car is turning right back around. 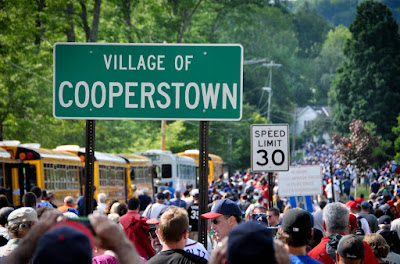 In 1904, Albert Goodwill Spalding set out to prove that baseball was invented in the United States as part of a promotional campaign for the sporting goods that bear his name. A commission comprising executives from the American and National Leagues promised to determine the true origins of baseball within three years. On the last day of that three-year mandate, they concluded that it was invented in 1839 by Civil War General Abner Doubleday, who had created the sport in Cooperstown after watching a bunch of stupid kids who kept running into each other while playing ball. 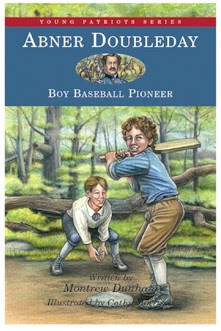 According to the commission, Doubleday drew from his experience on the battlefield when he carved a diamond shape into the dirt and established some ground rules for the boys to follow. Thus baseball. So in 1907, the issue was settled once and for all, and in 1939, on the hundredth anniversary of Doubleday’s brilliant idea, the National Baseball Hall of Fame and Museum was built on that same hallowed ground where the celebrated war hero had once drawn in the mud with a stick. 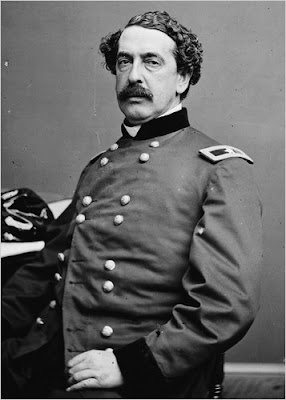 The problem is, that story was entirely fabricated by Major League executives. All of it. Even Wikipedia refers to Doubleday as the “supposed inventor of baseball.” They don't even buy into the myth.

The truth is that America's national pastime was actually invented in England, where they had perfected boring decades earlier. Early versions of the sport have been described in books dating back as far as the mid-eighteenth century, when it was enjoyed almost exclusively by royalty. That is to say the all-American sport was actually invented by a bunch of British aristocrats playing with their balls. 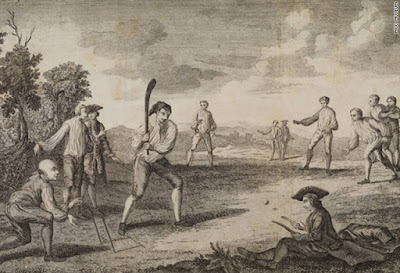 The person who actually invented baseball as we know it was an American bookseller and volunteer fireman named Alexander Cartwright, who founded the Knickerbocker Baseball Club in 1845, where he established most of the rules that are still followed today, including the standard nine innings and nine players on the field. Cartwright was even inducted into the Hall of Fame at the opening ceremony, where he was officially recognized as the "father of modern baseball." 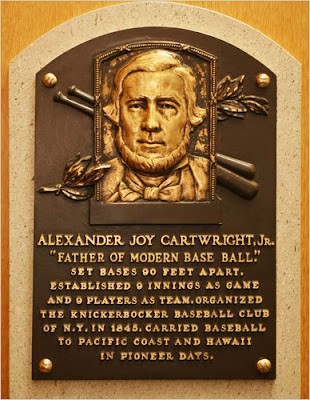 Alexander Fleming Did Not Develop the Drug Penicillin

Dr. Alexander Fleming was a British bacteriologist who is said to have accidentally discovered penicillin back in 1928 when he returned from vacation to find that his petri dishes were contaminated with a strange mold that inhibited the reproduction of certain bacteria. He wrote a paper about this curious phenomenon, but he lacked the background in chemistry that would be necessary for him to pursue this any further. Incidentally, the same thing happened to me when I left a gallon of milk in the fridge for three months -- except I didn't write a science paper about it, I just dared my friends to open it.

Fleming's article received very little attention until four years later, when Dr. Howard Florey, a professor of pathology at Oxford, happened upon it in the back pages of an academic journal and then began conducting experiments to isolate the active component of the penicillium mold that Fleming had described, a process which would keep him busy for the next ten years. During this time, Florey enlisted the help of a number of other scientists as well, including Dr. Ernst Chain and Dr. Norman Heatly, and collectively, it was these three men, along with their dozens of lab assistants, who were able to isolate and reproduce the antibiotic properties of penicillin.

However, in 1942, the idea of a single man as the savior of so many Allied troops  -- all because of a serendipitous mistake in the lab -- made for a much better story in the newsreels. Fleming certainly fit the role, even though he had very little to do with penicillin beyond his initial observations fourteen years earlier.

In 1945, when the Nobel Prize in Physiology or Medicine was awarded "for the discovery of penicillin and its curative effect in various infectious diseases," Florey and Chain did not appreciate having to share the credit with Fleming, while Heatly's contributions weren't even officially recognized. I can only imagine how pissed they were when American pharmaceutical companies then offered Fleming a $100,000 "gift of gratitude" and invited him to tour the nation at their expense in order to promote this new wonder drug -- just in time for a rash of venereal diseases that was infecting the country. 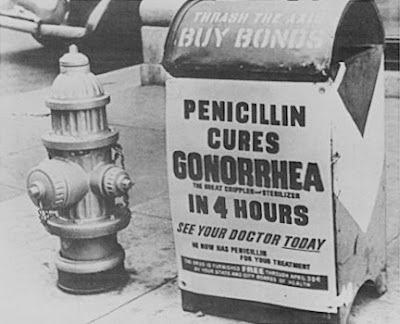 Thomas Edison Did Not Invent the Motion Picture Camera

Thomas Edison once said that genius is one percent inspiration, three percent perspiration, and ninety-six percent stealing other people’s ideas. I’m paraphrasing, but Edison, that master of self-promotion, is often erroneously credited with being the first person to ever create a working single-lens movie camera. 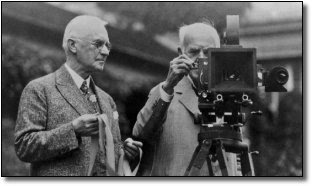 However, this was actually accomplished by a French inventor named Louis Aimé Augustin Le Prince, who is also credited with creating the first ever motion picture. In 1888, using a single-lens camera of his own design, Le Prince filmed his son playing a melodeon and dancing, then his in-laws shuffling in a Conga line, predating Edison's movie of a man sneezing by about six years and America’s Funniest Home Videos by over a century. In 1889, Le Prince then became the first person to ever project a motion picture, five years before the debut of Edison’s kinetoscope (which could only be viewed by one person at a time). 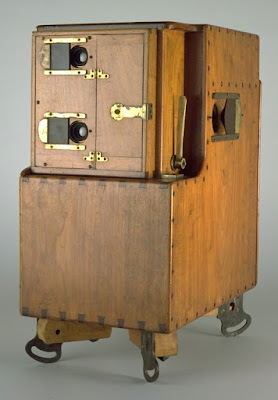 It’s possible that you haven’t heard of Le Prince because his un-American five-part name took up too much space in school textbooks (thanks again, Victor), but it may also be because he disappeared on a train shortly after demonstrating his invention in 1890… never to be heard from again. No big deal, just a murder mystery on a train in nineteenth century France. His body was never found, nor were his luggage or his papers. Edison then patented the movie camera shortly thereafter, taking full credit for its invention.

Le Prince’s family called bullshit and accused Edison of plotting his murder and stealing the ideas behind his invention. However, because he was never proven to be deceased, by law, even his wife could not commercialize his invention for seven years, a period which happened to overlap a pretty significant decade in the history of cinema. Meanwhile, the ensuing court battle lasted for thirty-four years and finally ended in a patent appeals court, when in 1930, Le Prince’s heirs posthumously earned him legal recognition as the inventor of the motion picture camera and projector, as well as his unofficial title as the "Father of Cinematography." This was one year before Edison died, but well after the Edison name had fully penetrated the annals of history.


Ferdinand Magellan Was Not the First Person to Circumnavigate the Globe

If you ever run into your history teacher from middle school, you can go ahead and explain to Ms. or Mr. Whatever that they were full of crap. You can tell them I said so. Although they were right to tell you that Ferdinand Magellan was indeed a Portuguese explorer whose ship circumnavigated the earth, Magellan himself died before their around-the-world adventure was complete. Sadly, just as his fortune cookie had predicted, he was killed by a spear when trying to convert a tribe in the Philippines to Christianity (in bed). 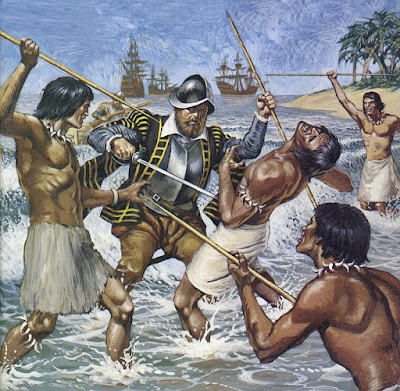 The only person who is known to have been with him for the entire journey was a Malay slave named Enrique de Malacca, who was Magellan’s personal servant and interpreter. Magellan had stated in his will that Enrique should be freed upon his death, but the crew kept him captive regardless. Enrique only escaped his shackles in a violent mutiny, so I guess getting credit for being the first person to go all the way around the world probably wasn’t real high on his list of priorities. 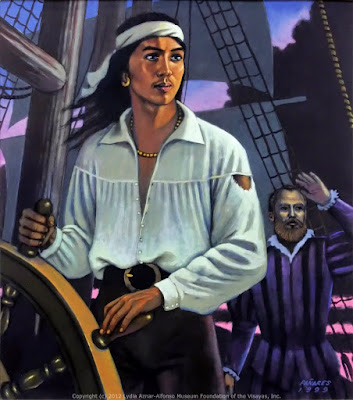 *A heavily edited version of this article appeared on Cracked.com on February 23, 2017, which also included two entries by another author. My original draft appears on this site as a potential "teaching opportunity."


As an added bonus, here are six more firsties who weren't really first:

...the first people to fly across the Atlantic here...

...the first person to break the sound barrier here...

...contenders for the first people to have reached the peak of Mount Everest here...

...and the real inventor of the radio here.