Imagine if Don Draper from Mad Men accidentally fell into a wormhole in the space/time continuum, transporting him to the real world in the present day. Yes, he would probably spill his drink. But I also think that he would be thoroughly amazed to discover that modern consumers are willing to pay for the right to do much of his job for him, and even pay extra for the privilege to promote their brands of choice. 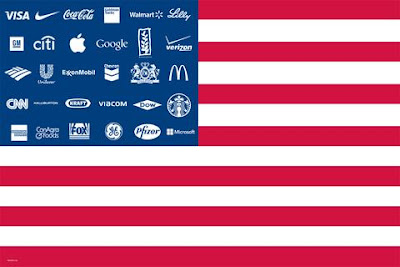 Look around you. How many company logos can you see right now? Ten? Twenty? Fifty? Even if the only screen to which you are currently exposed is this article (which is advertisement-free, by the way -- you can thank me by sharing my work), you are almost certainly being advertised to right now. 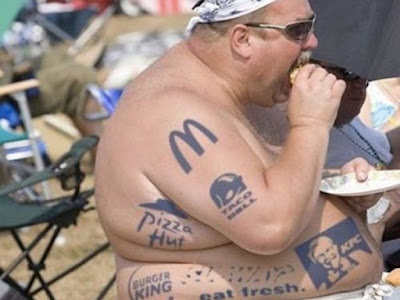 Look at the items on your desk. Look at the people around you. Look at their shoes, their hats, their cell phones that demand their constant attention. Go ahead. I'll wait, while you see how many corporate logos you can find in your immediate surroundings. Think of it like Where's Waldo? -- only I suspect that it will be much easier.


Consider that if a plain, white T-shirt costs $6 and that same shirt with a brand name emblazoned across the front costs $22, then the person who buys the one with the corporate logo is effectively paying $16 to advertise on that company's behalf. Any "ad man" from the 1960s would likely have shit himself at the mere suggestion of such a far-fetched idea. This is how far we have come. And let's be honest. If it wasn't for the car crashes, NASCAR would just be product placement and left turns.


The United States emerged from the Second World War as the #1 World Champs. USA!!! We were the reigning global economic superpower, in part because we had sustained the least damage to our factories during the war compared to other industrialized nations. American cars, for example, were in a very good position to dominate the world market after automobile plants in England, Germany, France, Italy and Japan had been bombed all to hell. The same was true with consumer electronics.


When American factories converted back to the production of consumer goods after the war, in order to avoid another economic depression, people had to actually buy the products that these factories were manufacturing. In order for that to happen, the owners of these factories knew that they had to pay their employees a decent wage. However, since there were salary limits in place, a leftover from the New Deal designed to prevent gross income inequality, companies started offering "fringe benefits" like medical and dental insurance in order to compete for skilled American workers, many of whom received free educations through the GI Bill. These combined factors greatly contributed to the booming middle class, and their technicolor suburban homes were populated with all the latest amenities, most of which were produced right here in the US. 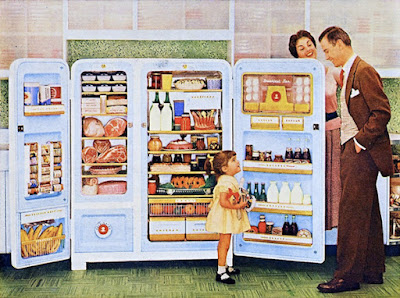 Advertisers were in fierce competition for all that sweet, sweet disposable income, and the audiences that they were marketing to were... how should I put this? Less sophisticated in terms of their awareness of media manipulation. That is to say that commercials back then seemed to assume that their audiences were pretty stupid, and in some ways, maybe they were. Check out this advertisement from the 1950s and you'll see what I mean.


If you didn't watch the clip, you probably think that the picture above is of the worst boom mic operator in television history. It's actually an ad for a radioactive makeup remover. I know, it sounds pretty space age, doesn't it? It's like the post-apocalyptic future... today! Here's another old commercial, this one is for Kool-Aid. You know, to be honest, after sixty seconds of that, I actually feel a bit dumber myself. I think they even put lead in the commercials back then.


Today, advertising is everywhere, and it has gotten considerably more duplicitous. You see, audiences eventually got wiser, so advertisers had to become sneakier in their tactics. Now it seems that they have to get you when you least expect it... which is why they have ads in urinals... and in movies... and on those cement barriers between parking spaces... and on shopping carts (as if you're not exposed to enough brands in the grocery store to begin with)... and just about every other public place in this country. You can hardly look in any direction without being subjected to advertising in one form or another.


When was the last time that you went to a restaurant or a bar that didn't have at least three televisions that were viewable from every seat in the place? The corporations that rule the world are ever more desperate for the shrinking disposable income of the American middle class, while hapless consumers are hungry for whatever the next new big thing happens to be. How do they do it? you ask? The answer, of course, is advertising -- an industry that is built almost entirely upon principles of psychological manipulation. How can they trick you into thinking that your life will somehow be better because of this thing?

Everyone knows that the only time money buys happiness is when it comes to jet-skis. To the best of my knowledge, it is physically impossible to not smile while riding a jet-ski, which, "scientifically speaking," makes this an object that indeed brings happiness. This is probably why you never see commercials for jet-skis. They have very little reason to bullshit you.

Let's do an experiment. First, I want you to think of as many kinds of toothpaste as you can. Think about all the different brands and flavors. If you feel so inclined, you could even make a list. After about sixty seconds (no cheating!), how many did you come up with? Five? Ten? Twenty? More? Ok. Good. Now I want you to think of all the current foreign heads of state that you know. You can take a little more time if you need it. I don't need to know what your score was, but I think I can make a safe guess as to how a vast majority of Americans would fare. 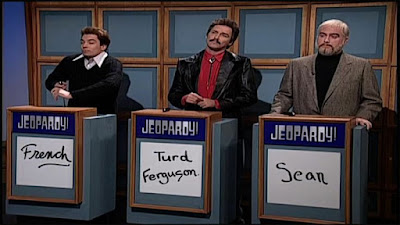 So let me ask you this: do we really need an entire aisle at the supermarket dedicated to toothpaste (or cereal, for that matter)? After all, every brand of toothpaste has the exact same active ingredient, and I've yet to determine if there is in fact any difference between Cool Mint and Fresh Mint. And what the fuck is Sparkle Mint anyway, and why does it taste like bubble gum and bananas?


Here in America, we have a tendency to conflate consumer choice with freedom. We are exposed to literally thousands of advertisements every day, and over the years, we have been programmed to identify ourselves through the brands we buy. Do you prefer Coke or Pepsi? Ford or Chevy? Converse or Nike? Fender or Gibson? Mac or PC? iPhone or Android? Pabst Blue Ribbon or Heineken? Democrat or Republican? Now consider how much of your identity as perceived by others is defined specifically by your loyalty to a certain brand. Who are we without these things?


And why should you have to pay to do the work of advertisers? If you think about it, shoe companies should be paying you to wear a shirt with their company logo displayed for anyone to see. Billboards on the highway cost them money, whereas billboards on people generate revenue. Figure that one out. We willingly advertise on behalf of these companies with the clothing we wear, while also unflinchingly accepting the ubiquity of advertising in our public places. Just so you know, it doesn't have to be like this. 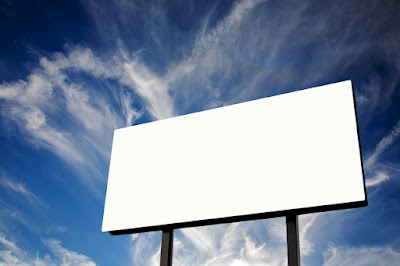 São Paulo is the most populous city in Brazil (and the eleventh most populous city in the world) with a current population of about 21,000,000 people. Back in 2006, the mayor of São Paulo passed a "Clean City Law" that outlawed all outdoor advertisements, including billboards and on public transit. Businesses had ninety days to comply or pay a fine. 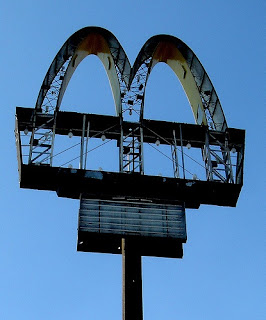 Once the billboards and signs were all taken down, it revealed a beautiful city, rich with history and its own unique aesthetics beneath all the layers of corporate ugliness. It no longer looked like just about every other major city in South America -- or the world, for that matter. Local artists were inspired to paint murals as expressions of their culture from the ground up. Of course, removing all of the ads also exposed hidden shantytowns, as well as the city's faltering infrastructure. However, only by bringing these issues to light could they effectively be addressed. 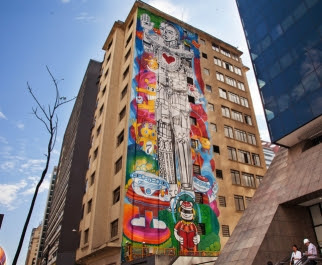 What would be revealed in our own cities if we took similar measures here in the US? How would it change the way that people interact with one another if we weren't constantly distracted by advertisements? Would it change our priorities if we didn't let our senses of need and want be manipulated by commercials? Would our children know what to ask for for Christmas? What would our suburbs look like if the main drags weren't all lined with the same neon signs for the same fast food chains, hotels and gas stations? Would the cities themselves start to look different? Would their own true characters be exposed? Would people suddenly be able to tell the difference between one suburb and another? 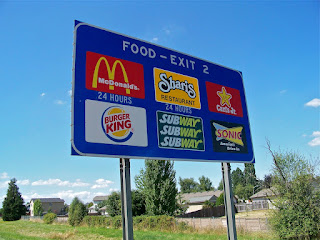 Since I don't see an all-out ban on public advertising happening here anytime soon, it seems that the best we can do is just consciously think about these things and refuse to buy products that are advertised to us in places that they do not belong. If a company subjects us to advertising against our will, then perhaps we should not do business with that company. You know you're probably being lied to anyway, right? Of course, here in America, we don't just celebrate bullshit, we elect it to the highest office in the land and then order it with a side of fries. 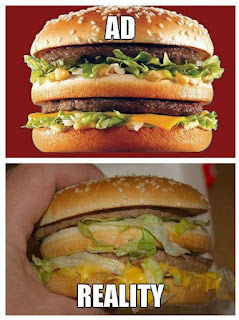 I'll let you chew on that, along with a quote from contemporary poet and musician Ian MacKay:

We owe you nothing
You have no control

YOU ARE NOT WHAT YOU OWN 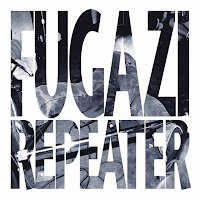