As better weather steadily approaches, many of us will soon be cleaning out our basements and garages in order to purge our homes of anything for which we no longer have any practical use. We may donate these items, recycle them or throw them in the trash, depending on their perceived value and condition. Regardless of what something is though, if it sits unused, then it is just creating clutter, and only after these things are out of the way can we scrub away any of the grime and funk that may be lurking underneath. 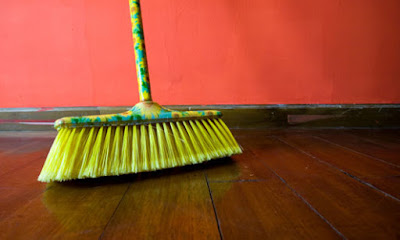 I should note however that this is not an article about organizing and disinfecting one's home. If you want to live like a slob, that's on you. Rather, I would like to point out that American politics is in fact long overdue for some major spring cleaning. Our elected officials have been hoarding bad practices for so long that it is difficult to even find a functioning government beneath. Perhaps then it is time to reevaluate what we actually need and what we're just holding onto for old times' sake. 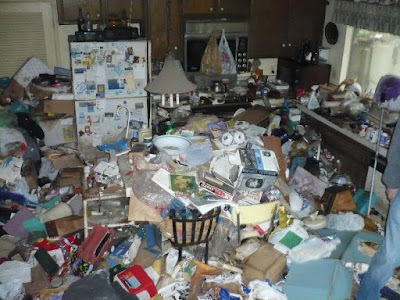 Here are six things that our current political system could do without:

Here in the US, unlike most other modern democracies, Election Day is not a national holiday. We also hold it on a day that seems both strangely specific and entirely arbitrary. This is because in 1845, Congress decided that Americans should all vote on the first Tuesday after the second Monday in November, but never during a 'witching moon,' whatever that is.

Ok, I made up that last part, but the rest of it is legit. Yes, sometimes it seems like our laws may have been written with the help of Mad Libs. 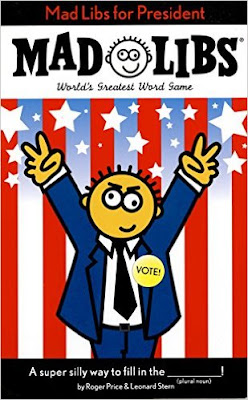 November was chosen as not to interfere with harvest season, as the United States was still primarily agrarian back then. This is the same reason we have Daylight Savings Time, which gets an honorable mention in this list in terms of useless cogs in our democracy. As for Tuesday, it allowed traveling time to and from people's homes to their polling stations, and it was the one day of the week with the fewest religious objections. This was also before bowling leagues were even a thing.

The odd specificity of the date itself was actually the result of an ill-conceived compromise between religion, business and politics -- which may explain why it's such a mess. Hey, did you hear the one about the priest, the businessman and the politician crafting one of the pillars of our democracy? It was a real joke, let me tell you. 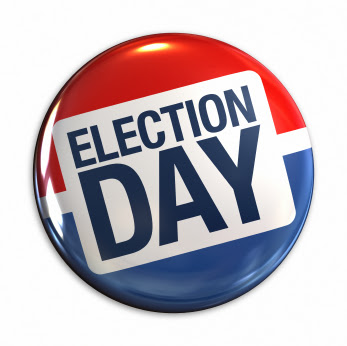 You see, according to some sects of Christianity, November 1 is All Saints Day, and lawmakers wanted to eliminate the possibility of this conflicting with Election Day. Apparently they forgot about that whole separation of church and state thing. The beginning of the month is also when merchants did their books and politicians worried that if that month's economic reports reflected poorly, then it might cost them reelection.

And this, ladies and gentlemen, is why we vote on the first Tuesday after the second Monday in November, despite it being a day when working-class Americans are most likely to be working. 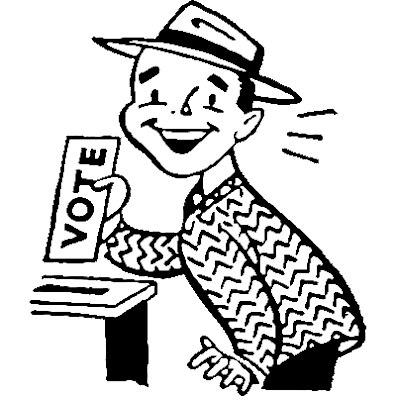 Actually, I suspect that voter suppression is exactly why the law has never been changed even though it makes absolutely zero sense in the context of a modern democracy. If we truly want to call ourselves a democracy in good conscience, then Election Day should be a national holiday and we should have federal standards for automatic registration and absentee voting so that everyone has a voice. There is no legitimate reason not to.

You know Gerry, right? Well let me tell you, this Gerry Mandering guy is a total asshole who has completely corrupted the democratic integrity of our political system. In fact, he is probably the number one reason why elected representatives today don't represent the interests of the people who elected them. I'll explain... 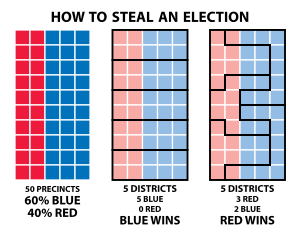 The term 'gerrymandering' actually comes from the name of Governor Elbridge Gerry, who in 1810 redrew the district lines for the Massachusetts state Senate race in order to give an advantage to his own political party. The Boston Gazette ran an article lampooning this practice, referring to it as "The Gerry-Mander" due to its perceived resemblance to a salamander, and because nineteenth century newspaper cartoonists were like that. 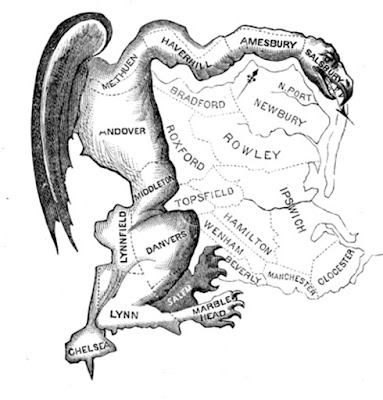 It was meant to inspire ridicule as a shameless manipulation of our democracy, but today, nearly all political district lines in the United States have been drawn by elected politicians or appointees of those politicians. Depending on which party was in power at the time, that district was almost certainly designed to favor one over the other, resulting in maps that look like this: 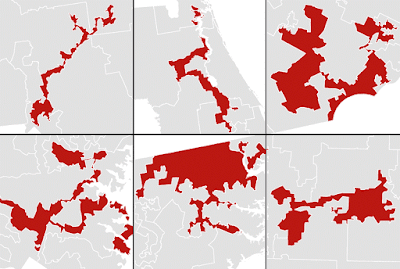 This also has the effect of making most Congressional districts non-competitive. Doesn't it seem strange that a Congress with an approval rating of 11% can also see a reelection rate of about 91%? This is because their districts were designed to be safe. Instead of voters choosing their representatives, the representatives are essentially choosing their voters, which generally means that they will win reelection whether they give two shits about their constituencies or not. 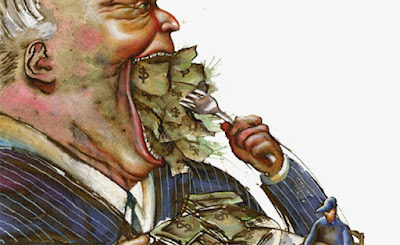 As a result, there is a very good chance that your elected representatives are far more interested in what lobbyists and campaign donors have to say than they are in the concerns of anyone who lives in the areas that they are supposed to represent. Basically, they don't listen to the people in their home districts because they don't have to. These pricks know that they'll probably get re-elected anyway.

It seems strange that people accept this as normal.

Ok. I don't know if Gerry and Phil are friends, but Phil's kind of a dick, too. Filibustering is kind of like pouring sand into the machinery of our democracy. It slows everything down to a stop, requiring a 60-vote 'supermajority' in the Senate to get the damn thing moving again. One might also compare it to a kid throwing a temper tantrum in the toy aisle at the store because he refuses to leave without getting what he wants... and that means that nobody's leaving. 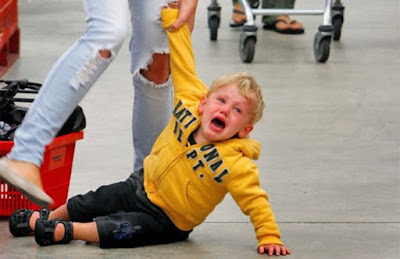 Although filibustering is a practice that dates back as far as Ancient Rome, it has only been used in modern dysfunctional democracies like ours since the late nineteenth century. Yes, in the 1800s, it seems that the common practice was to use gerunds in the same way that journalists today just slap 'gate' at the end of any word to denote a scandal.

In 1939, Jimmy Stewart made filibustering cool in the climactic scene of Mr. Smith Goes to Washington. What can I say? People had very different standards of coolness back then. 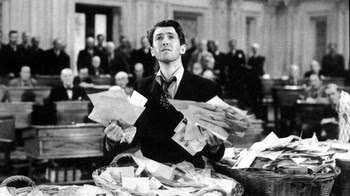 The filibuster really is more of a loophole than it is a sound legal practice, a form of legislative obstruction that has been exploited to sometimes ridiculous ends... like the time Strom Thurmond (also known as the "Racist who refused to die") spoke for over twenty-four hours straight in a vain attempt to prevent the Civil Rights Act of 1957 from passing. In every sense, that is the opposite of democracy in action.

Let's say that I am a lobbyist who represents a major corporation -- but let's do this quickly, because I'm already starting to hate myself. In our hypothetical scenario, my company made a campaign contribution of an undisclosed denomination to an elected representative in return for face-time with this politician. This will give me, the lobbyist, an opportunity to tell the representative what he or she can do for our company now that we helped get this person re/elected. In fact, I may even have a bill that was written up at my firm for the elected official to sign and put to the floor for a vote...

This kind of thing happens all of the time. How is it not corruption? How is it that these dark campaign contributions are not considered bribery? Does anyone believe that these corporations are supporting specific political candidates out of the goodness of their hearts? Guess what. Corporations aren't people, and capitalism has never been motivated by human compassion. Corporations hire lobbyists to bribe politicians. Everybody knows that's how it works, but nobody does anything about it... because the people who are in the position to institute systemic change are the exact same people who benefit the most from this system, so why would they ever disrupt the status quo? 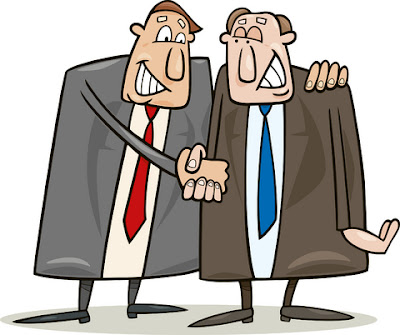 Lobbying is a way for corporations and special interest groups to make campaign donations in return for political favors, to make their voices heard over the millions of people that the politician is supposed to represent. Not only is this legal, but for some reason, most people accept it as an integral component of our political system. Corporate lobbying should be called out for what it is: a legalized form of blatant corruption.

In the original Constitution, the Electoral College actually made slightly more sense. According to Article II, Section 1, Clause 3, each elector was allowed two votes for President, but they could not use both of those votes on candidates from their home state. Whoever got the most votes would be President, and the second place winner would be Vice President. I think third place got a Frisbee. The Twelfth Amendment, ratified in 1803, then changed this to the system that we have today. As discussed in a previous article, it was designed to create an artificial balance of power between the more populous northern states and the slave-owning southern states. In 2016, this was the same system that gave us Ill Douche. 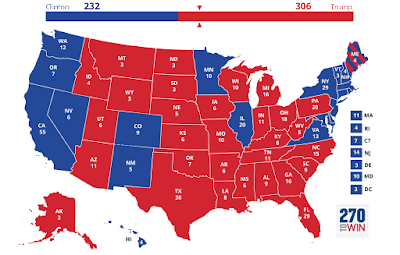 In 1969, there was a vote to change to a system of popular vote, doing away with the Electoral College completely, but since that would have completely changed the political landscape in the US, those who were in power at the time voted it down. Once again, when people have a vested interest in maintaining the status quo, to those individuals, change is seen as something that threatens to destroy rather than create.

The US Constitution includes no mention of political parties, yet by requiring a majority of electors in order to win the Presidency, it essentially mandates that there can only be two major parties, because in a three-way split, no one would have a majority. In such a scenario, the President would be chosen by the House of Representatives. Personally, I would have more faith in the decision-making ability of a room full of monkeys, even if the only thing they ever voted for was more bananas. 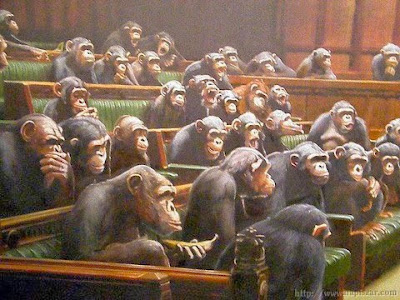 Besides, it wouldn't be all bad. At least bananas don't want to build walls, start trade wars or destroy the multicultural foundation upon which this country was built. Unfortunately, I can't say the same for rotten oranges. 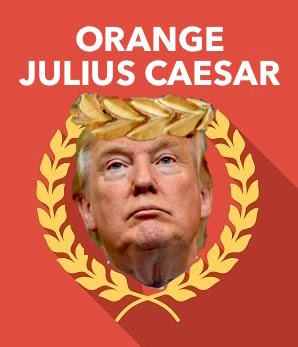 The two-party system is also responsible for the lesser-of-two-evils mentality that dominates contemporary American politics. Granted, I suppose a lesser-of-three-evils wouldn't be much better, but if we weren't limited by the current system, there is always the possibilty that voters might actually have some real options about how to move this country forward. They might even be able to find honest politicians who are willing to fight on behalf of their interests for a change.

Isn't that how it's supposed to work? And since anyone who is paying attention can clearly see that it doesn't, then don't you think maybe it's time to clean things up a bit? All this clutter is clogging the machinery of our democracy. Remember: the first three words of our Constitution are We the People, and the idea was to have a system of government that could adapt with the changing times, ever in pursuit of "a more perfect union."